A plant with white small flowers, scattered in our fallowed areas or in little thickets under coconut trees are these shrubs we locally call pandakaki, Tabernaemontana pandacaqui. It is native to the Philippines and other neighboring Asian countries. It is very resistant to drought that we can see them leafless during dry seasons, but eventually grow again with the coming rainy months. I observed that in drier patches they do not grow as tall as this picture, some are just about a foot tall. The stems specially the base of the plant are strong and cannot just be cut or pulled off by hands. We have a lot of this plants in our area and around the surrounding localities. It is reported to be common in Asia, and the Pacific Islands including Australia. 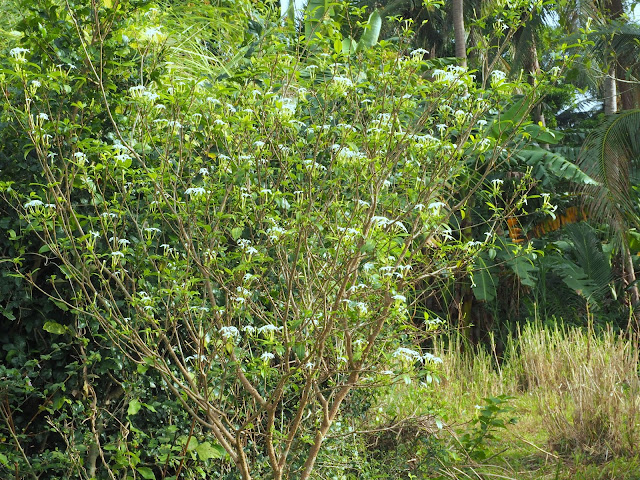 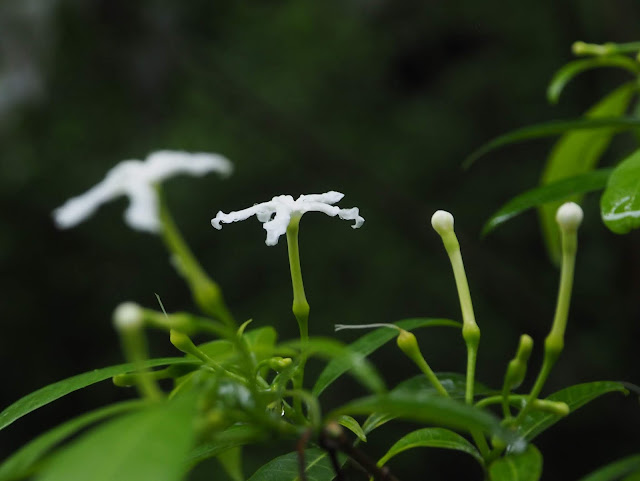 The flowers are white with a bit wavy petals. They do not open simultaneously in big clusters unlike the umbels of some plants in the Apocynaceae family. 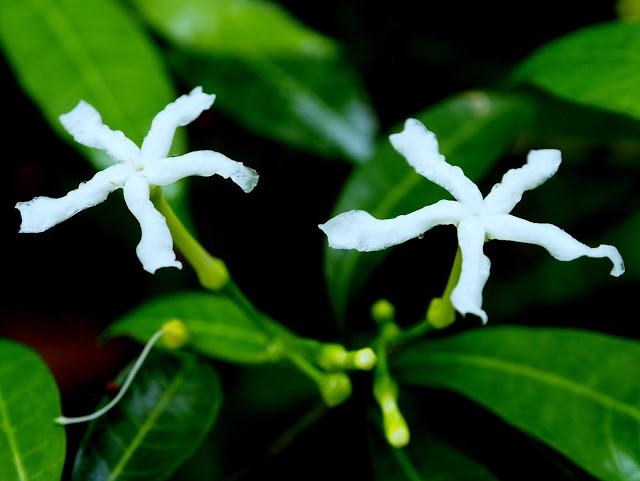 Flowers are just a little over 1 centimeter in diameter, but they are cute, don't you think so? 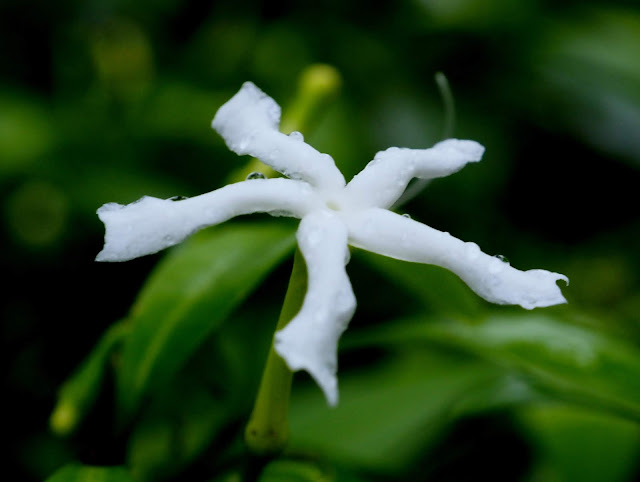 It looks like a spinning wheel, and it is loved also by some butterflies. 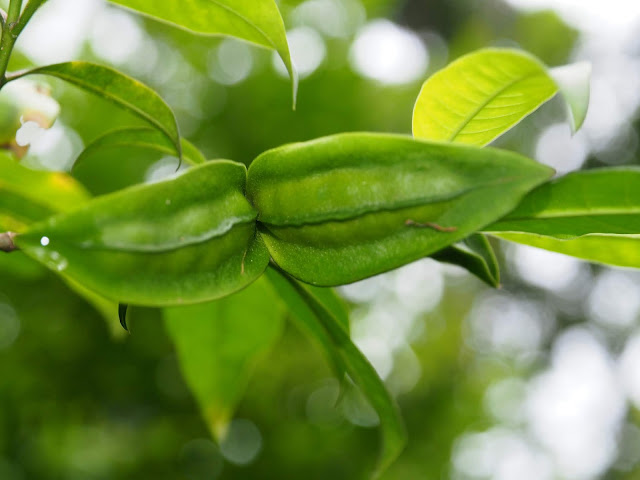 The fruits are technically called follicles, and normally emerge as a pair like above. They start as green which changes color as it ripens. 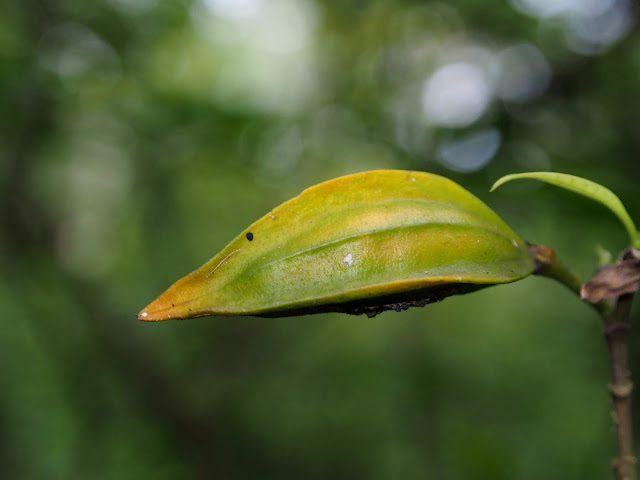 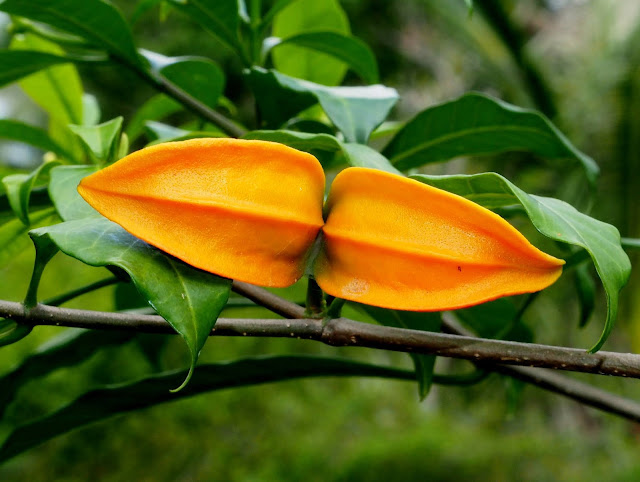 The follicles eventually become orange as they ripen. 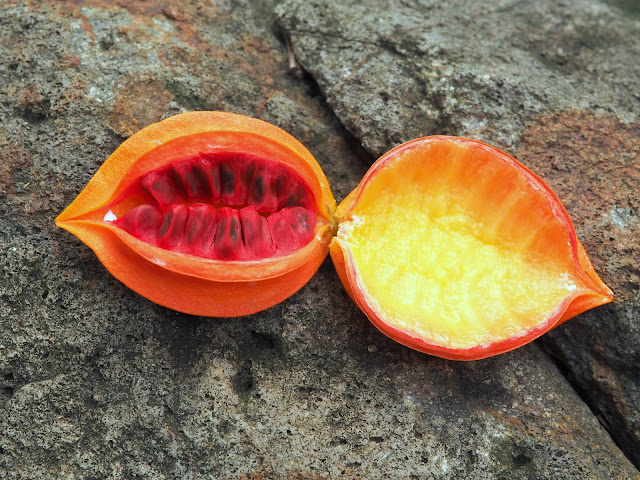 The black seeds are enclosed in red pulps, seemingly very attractive to eat. These pictures are just as i see them in the wild normal habitat. With those lots of seeds inside a folicle, i can imagine why there are lots of plants i see all around our area in the province. 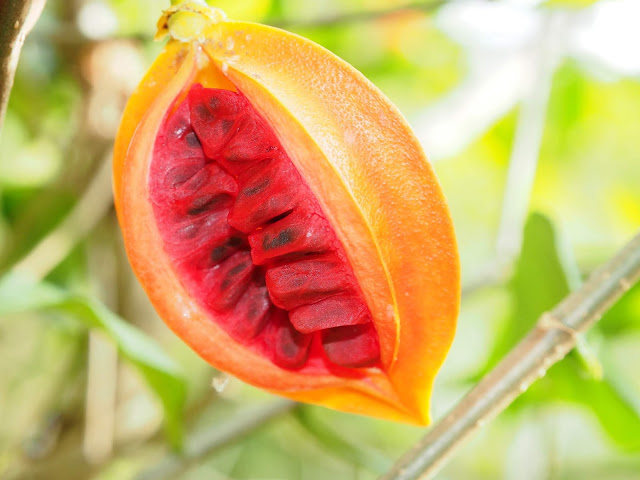 Extracts of all parts of the pandacaqui plant is reported to have alkaloids and triterpenoids. It is also known to have medicinal properties. The internet is full of reports on its uses and concoctions and plants are being sold online.

In my area, i haven't known any use for medicinal purposes, but it is commonly used as landscape materials. It is not very difficult to grow and very tolerant to drought, which probably made it good in ornamental industry. I also observed it to be good nectar plants for some butterfy species, so it can be both used in landscaping and in butterfly gardening.

Your visits and comments are the life of this site. I certainly appreciate them and I will make sure to return the favor. Energies are not destroyed, they are just transformed, so healthy energies be with us all, just like the breath of life!

But i am requesting that no other personal links should be put on your comments. I am sorry, but backlinks give me some problems, so i might not publish them.Thank you very much for understanding.