More Blooms in the Rains


These photos are take last month at the midst of our rainy season! In a month or two we are again entering our dry season, when most of the greens will turn brown.

Some plants in our property already bloom a few weeks after the rainy season started. These are mostly the annuals. And there are also the perennials which bloom rain or drought, although of course more and bigger blooms appear during the rainy season. 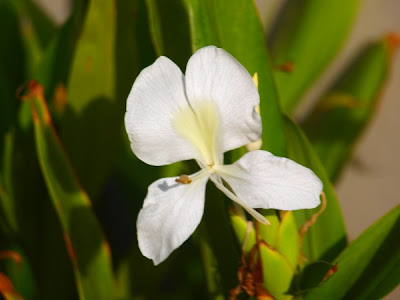 Hedychium philippinense (Synonym: H coronarium), called kamia or camia in the Philippines, or white ginger in some countries, is a sweet scented flower of the ginger family. The vegetative parts above ground dry up during the dry season and the underground rhizome sprouts again after the first heavy rains. One month of rains is enough for it to produce these blooms. 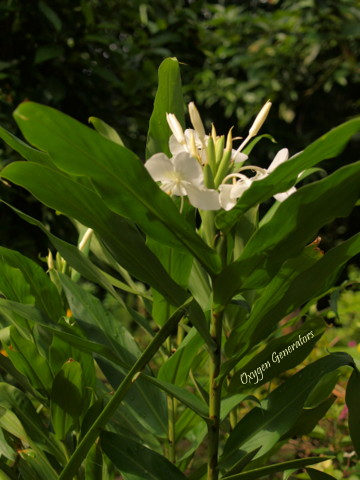 Every stem of the Hedychium has a bunch of white, sweet smelling, butterfly-shaped flowers sending a lovely scent around the garden. Its smell is not as offensive as the Dracaena fragrans, that we also have plenty around our area, but blooms in the dry season. 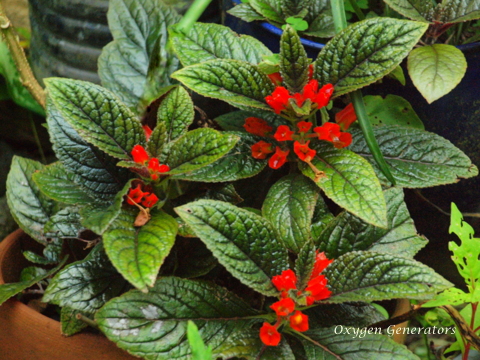 Due to its almost succulent stems and leaves, it cannot withstand our dry season, but in covered nurseries they perform well. In our property it seeds profusely because even if we collect them, we just see the growing seedlings as soon as the rains come. We just transfer some of them in pots with more organic soil. It easily breaks when left in the ground due to cats or chickens walking around. Chrysothemis pulchellia. 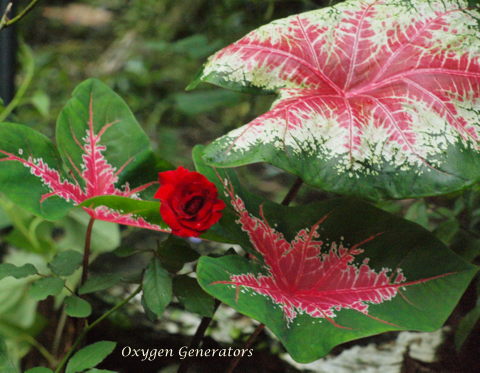 A single red rose in the midst of caladium leaves look special.  Our rose doesn't get special attention too in terms of the soil. It is just left untended but it can tolerate our dry season. We just prune the spent twigs and  despite the unhealthy looks, it also sends some blooms. 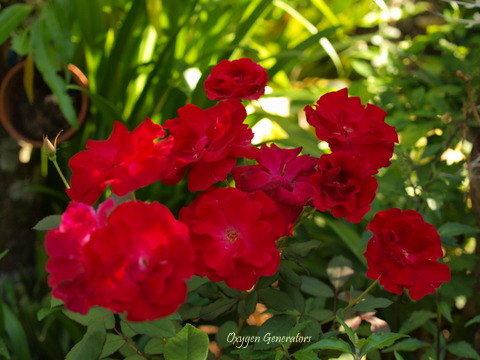 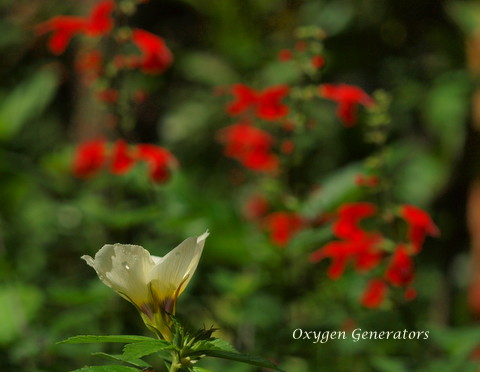 Turnera subulata in front of the red salvia makes a nice frame. 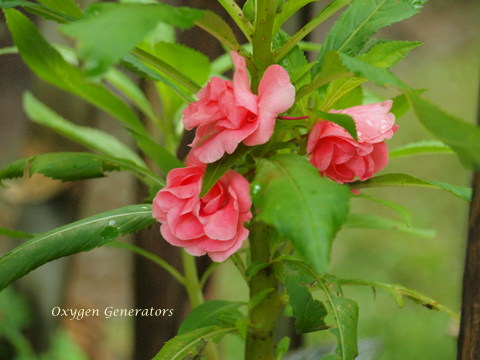 Our kamantigi, Impatiens balsamina, thoroughly died during dry months. They seed profusely though, and emerge invasively when the rains come.  We don't collect their seeds, and whatever emerge will be what we will tend. Last year we have the beige single petals, and the red double petals. However, only this pink doubles was able to survive and grow this year. 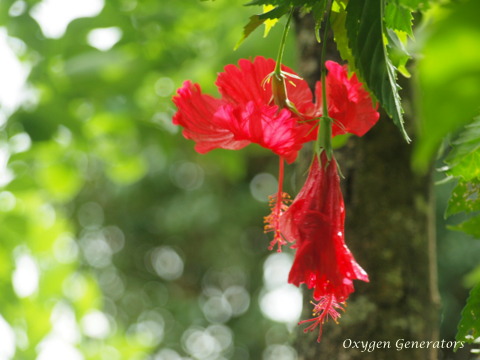 The perennial red hibiscus is one of the most tolerant of our dry season, even through drought. But rainy season brings more blooms and lush green growth. 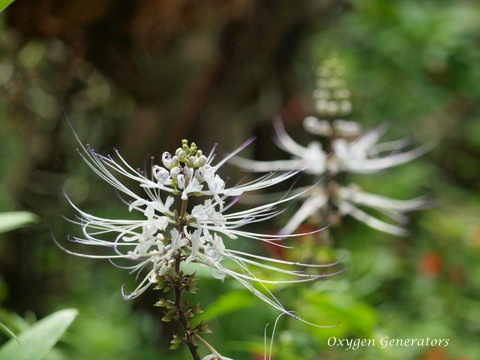 The cat whiskers, Orthosiphon aristatus, almost died during the dry months. But the main trunk continued to live and was able to regain strength and beauty with the rains. 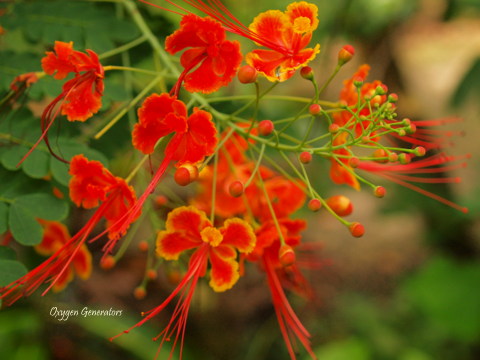 The 'Pride of Barbados', better known as Caesalpinia pulcherrima, never fails to give warmth to our hedges. It also hosts the yellow small butterflies, so they are always around to give the area an enchanting look. The small yellow butterflies look like small fairies, which are slow fliers unlike the bigger ones. 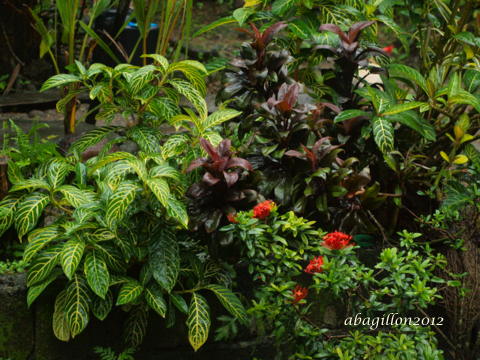 These are the new growths of Sanchezia speciosa after severe pruning in July. These are some of the perennials. But it returns well with the  continuing rains. I cut all the stems to allow the red Ixora coccinea see some sunlight. The dwarf Ti plant, which was almost fully covered earlier, also benefited from the Sanchezia pruning. 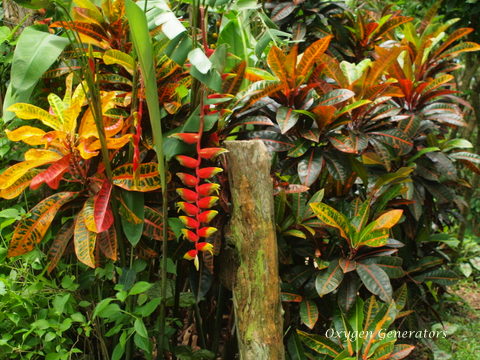 The croton's leaves all drooped throughout the dry months. I did not cut it, and fully recovered with long leaves after the rains. 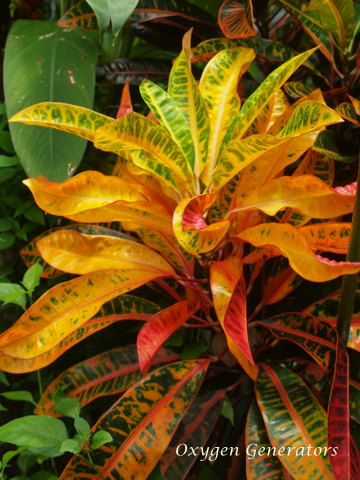 The good growth of the crotons is prominently displayed through the bright colors and long leaves, almost doubled the length of the dry season leaves. 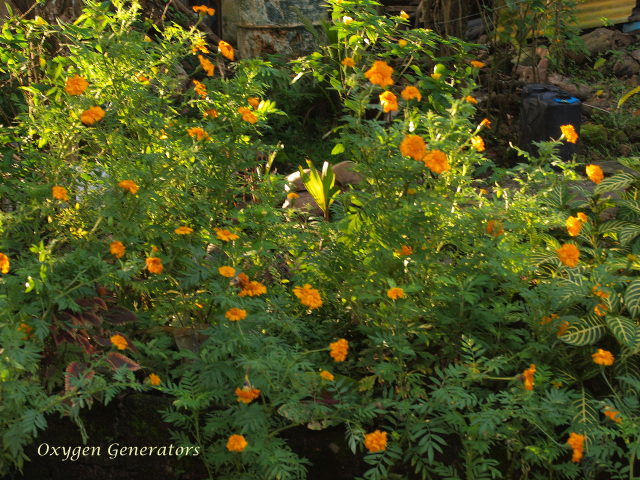 But the most conspicuous for humans and butterflies are these marigolds. Humans just want to look at them but insects wanted to sip its nectar and get their pollen. It has a smell not really favored by human nostrils, and it leaves a bad taste when you happen to touch them. Butterflies and insects maybe want them bitter, or they really just didn't have the nose! So i just content myself watching both the plants and the butterflies, it is a double treat! 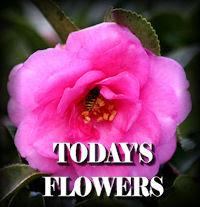 Your visits and comments are the life of this site. I certainly appreciate them and I will make sure to return the favor. Energies are not destroyed, they are just transformed, so healthy energies be with us all, just like the breath of life!

But i am requesting that no other personal links should be put on your comments. I am sorry, but backlinks give me some problems, so i might not publish them.Thank you very much for understanding.